Whenever the Kenyan elections draw near, the political rhetoric explodes on social media. A recent visit to one of the facebook forums shows that this year is no different! What continues to amaze me is the nature of the rhetoric among Maasai’s in reference to leadership within the Maa community. There seems to be a constant insistence that leadership be doled out based on clan. Such that If, for example, the Governor is from the irkaputiei clan then his/her deputy cannot be from that same clan as the rest of the clans will cry foul and the same goes for all the other leadership positions within the Maa counties. Why? The one reason I have heard, repeatedly, is equality must be promoted – equality in representation of the entire nation of Maa. Ok. So what is wrong with this kind of thinking? Plenty, in my humble opinion!

How to make Ghee From Scratch

I have been thinking about making ghee (clarified butter) from scratch (using raw milk) for a while now but I haven’t had enough homemade raw cream from our daily milk supply to actually make it. Luckily, my sister has been stocking up on some cream over the past couple of weeks and she was kind enough to share it. Ghee is one of those super foods – a traditional food that is common place in many nilotic homes – it has a high melting point so it’s great for cooking and has an incredible flavor.

Over the years you have neglected to take care of yourself and it is with great sadness that we continue to watch as your overall health continues to deteriorate rather rapidly. You need to immediately start taking care of yourself so you can stay healthy and feel your best.

A Facebook friend posted yet another story about a young Maasai girl expelled from high school after her sponsor (Soila Maasai Girls Rescue Centre) stopped funding her for allegedly having secretly undergone circumcision. Here is the story, as reported by the nation newspaper. Here is the same story on video.

A Real Maasai Woman’s Thoughts on the White ‘Warrior Princess’

My emotional rant about the “first female Maasai Warrior” was recently picked up by Jezebel.

These views were originally in response to a Facebook posting in the African Diaspora group which were later blogged by Tms Ruge. 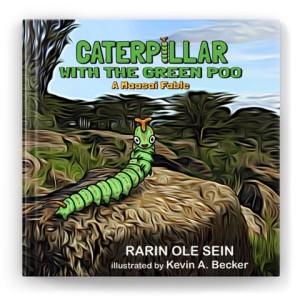